Between 2014 and 2017 Dargaville High School and Bream Bay College worked together to implement a TLIF initiative we entitled ‘The Ruamano Project’.

‘The Ruamano Project’ targeted Māori and Pasifika secondary school boys with an aim of increasing their achievement and participation in learning through active problem solving. The goal was that the adaptation of the REAPS model would lead to greater engagement, in that the students would gain real life problem solving skills, positive engagement with their whanau and wider community and academic success through the identification of their gifts and talents in a problem solving situation.

The project was titled ‘The Ruamano Project’ as it was designed to reflect the story of the taniwha of that name who took the form of a Mako shark and, though he looked fierce, protected the local people. Māori and Pasifika boys can often be perceived, like the shark, to be intimidating but have much to offer. This project aimed to encourage their positive participation in education and the local community. As such, this project told a different story - a counter narrative to the standard tale of Maori and Pasifika boys’ under-participation and disengagement in education and instead focused on esteeming their innate potential, identity, language and culture as much as possible. The project allowed the teachers within Dargaville High School and Bream Bay College to gain professional development and draw upon the extensive expertise of academics in the field of Gifted Education. We received training in the REAPS model from June Maker (University of Arizona) and her team (the architects of the model) and both Tracy Riley (Massey University) and Melinda Webber (Auckland University) assisted us to localise the model to a Northland context and ensure that the REAPS units of work were constructed in a culturally responsive format.

At Dargaville High School the students engaged in problem solving units centred around the health of the Kaipara Harbour and presented solutions to water quality and fish stock issues from the perspectives of local stakeholders including Fonterra, the NRC, Ngati Whatua and MPI Fisheries. A similar project focusing on Pipi was conducted at Bream Bay College. 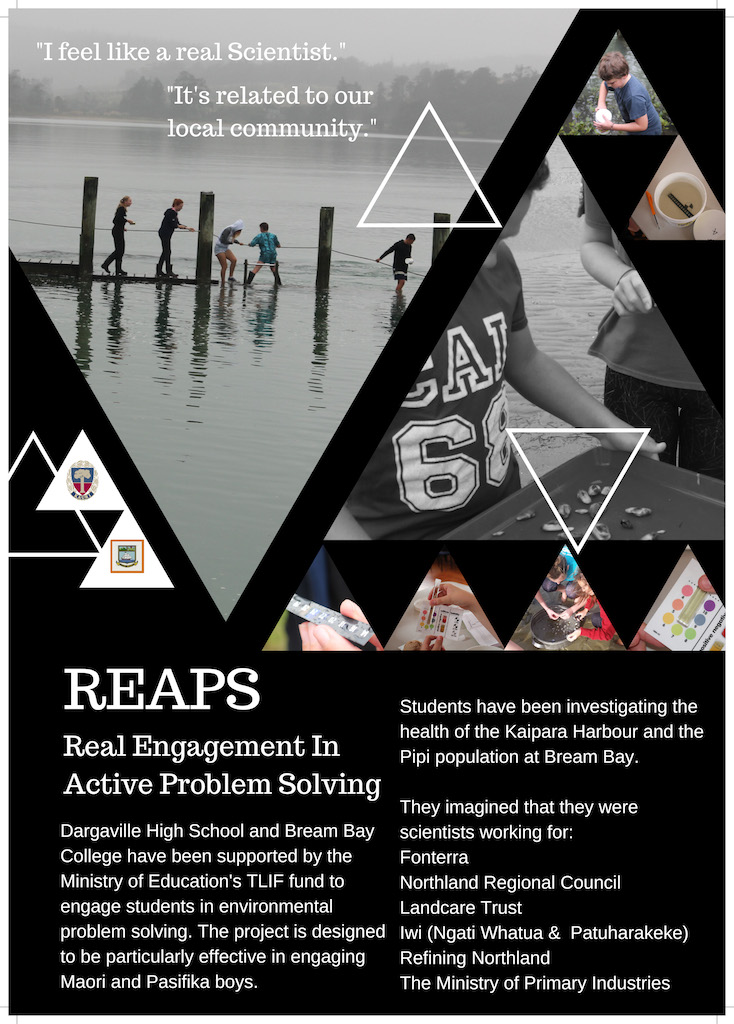 Based on our experiences, the key recommendations we have for other educators are:

Search result for ' ' returned   results. Did you want to Search all of TKI?