Gifted learners represent a diverse group with diverse needs. The principle of inclusion means that every learner (or groups of learners) has opportunities to participate in all areas of an inclusive curriculum. This requires a differentiated approach to teaching and learning, to include all learners in all learning contexts. Differentiation means being responsive to learners’ (individual and group) strengths and needs as they are identified through careful and ongoing formative and summative practices that are highly inclusive of learners, parents and whānau voice and agency.

Teachers who differentiate begin by recognising the uniqueness of each learner – their interests, aspirations, expectations, motivations, abilities, resources, skills, culture, home and whānau, way and rate of learning, and so on. When educators provide learners with choices, group them flexibly, enrich the curriculum, work with specialist teachers or make modifications for the language, skills or knowledge of different learners, they are differentiating. This approach to teaching and learning focuses on the learning skills and potential of the individual learner and groups of learners.

The Universal Design for Learning (UDL) presents a research-based pedagogical framework for school-wide approaches to inclusive and responsive practice, noting that ‘Universal Design for Learning is a set of principles for curriculum development that give all individuals equal opportunities to learn’ as ‘Individuals bring a huge variety of skills, needs, and interests to learning’

Three corresponding and interwoven strands in a pedagogical framework allow for flexible approaches that can be customised and adjusted for individual needs through multiple means of:

When applied to gifted learners, differentiation requires school leaders and teachers to acknowledge that these learners have varied learning, social and emotional needs by providing qualitatively different learning opportunities – doing different kinds of things, not simply more of the same things.

Maker (1982) notes that this means creating a responsive classroom environment in which adaptations are made to the pace, depth and breadth of learning in relation to:

When each of these elements is differentiated, the learning environment is also transformed. The original Maker Model (1982) has informed many other recommended approaches in gifted education.

Principles of differentiation for gifted education

In Gifted and talented students: Meeting their needs in New Zealand schools (MOE, 2012, p. 56), Riley (2004) presents a set of principles to guide teachers and school leaders when developing differentiated content, processes and products for gifted learners.

Principles of differentiation readings and links

Kirchner and Inaman (2005) suggest the following four questions to guide every lesson:

Pre-assessment is important because it allows teachers to determine what learners already know and to differentiate tasks at an appropriate academic level. Pre-assessment does not have to be in a formal written form, it could be ‘Know, Want to know, Want to learn’ charts or classroom discussions.

When selecting and administering assessment for gifted learners, teachers need to consider the concept of ceiling effects. A test ceiling is the upper limit of an assessment. If a learner hits this ‘ceiling’, their true capability is not being tested and their score is their lowest possible score. Their actual score could be a little or a lot higher, but this is impossible to know without administering above-level assessment. Therefore, in standardised tests, learners in the 90th percentile need to be above-level tested to identify their functional level. For example, they may be sitting on Stanine 9 for their age level but when above-level tested, they may still be scoring Stanine 9 at several levels above their age level.

Another method of ascertaining learners’ prior knowledge is to have the learning intention and success criteria on display for the class. This gives learners clear direction on the purpose of the lesson and allows learners to tell the teacher if they have already mastered this learning intention. Tomlinson (2009) recommends a ‘KUD’ format for learning intentions:

Differentiation tips for teachers: Practical strategies for the classroom

I don’t know but I do know Roman Art and Architecture.

Winebrenner, S. (1992). Teaching Gifted Kids in the Regular Classroom: Strategies and Techniques Every Teacher Can Use to Meet the Academic Needs of the Gifted and Talented. Minneapolis, MN: Free Spirit Publishing Inc.

In any discussion about gifted education provisions, the two most commonly used terms are likely to be enrichment (horizontal extension/lateral development) and acceleration (vertical extension/development). These two approaches are not mutually exclusive but complementary and, ideally, are integrated. However, most commentators agree that this binary approach to acceleration and enrichment is not helpful; in fact, effective enrichment should almost always include acceleration and effective acceleration should include enriched curriculum. For example, there is clear evidence that learners who are year-level advanced ahead of their age-peers usually find the content in their new class is better matched to their abilities – but only for a time. Once the gifted learner ‘bridges the gap’ between the content in their old class and the content in their new class, if the new classroom is simply a regular classroom but at a higher level, the curriculum and pace will soon become a frustrating constraint. Conversely, if enrichment does not address the pace at which gifted learners acquire knowledge and skills, over time it is likely to become no more than repetitive busywork that offers an inadequate level of challenge.

When planning and implementing differentiated provisions for gifted learners, schools need to draw on both approaches and merge enrichment and acceleration, so that learners are offered both a pace of learning that is appropriate to their needs and opportunities for depth and breadth. It is also important to remember that all opportunities for gifted learners – both accelerated and enriched – must be qualitatively differentiated.

Enrichment refers to the provision of learning opportunities that give depth and breadth to the curriculum in line with learners’ interests, abilities, qualities and needs. Enrichment activities normally offer challenges that are additional to those in the curriculum. Enrichment is appropriate for all learners and when planned well, can be implemented in a way that also addresses the specific needs of gifted learners. Enrichment also allows for varied grouping with peers who are similar in ability, interests or age.

Moltzen (2000) explains that enrichment is a provision that is easy for New Zealand teachers to defend philosophically and pedagogically. However, care must be given to ensure that enrichment opportunities are coherent, comprehensive, relevant, meaningful and carefully designed to meet the learning needs of individual learners. While research shows the effectiveness of some models of enrichment, the overall effect on learners’ learning – described by Hattie (2009) as ‘just below the hinge’ – is significantly lower than that of acceleration.

Acceleration is one of the most misunderstood and controversial topics in gifted education. It is misunderstood primarily because it is often only associated with year-level advancement. It is often controversial because from the perspective of acceleration implying year-level advancement, teachers and parents are divided on whether this is an appropriate provision for gifted learners.

For many years, those in New Zealand who advocated for acceleration in the form of full-year/s advancement felt that teachers’ negative preconceived ideas about this constrained an option that was often in the best interests of gifted learners. As Colangelo, Assouline and Gross (2004) explain, acceleration eliminates boredom by challenging learners and giving them the chance to ‘learn that striving to improve is a wonderful part of learning’ (p. 17). Hattie’s (2009) synthesis of more than 800 meta-analyses identified acceleration as the fifth highest contributor to learners’ achievement.

Most of the evidence from research contradicts the concerns raised about the social and emotional effects of acceleration (Moltzen, 2000; Vialle, Ashton, Carlon, & Rankin, 2001). New Zealand research conducted by Janna Wardman (2009, 2010) found that although secondary learners who had been accelerated for a full year encountered some short-term challenges in social and emotional adjustment, the long-term outcomes were largely beneficial. Townsend (2004) found that when acceleration is designed and monitored carefully, it enhances learning for gifted learners and ‘raises their motivation and enjoyment of school and life in general’ (p. 296).

Recent work by Wardman (2015) suggests that teachers’ earlier reservations may have weakened. In a survey of more than 400 high school teachers, she found a high level of willingness to utilise full-year acceleration for gifted learners. Crawford’s (2016) doctoral research on acceleration and gifted girls noted, ‘Almost all schools provided one or more forms of acceleration. They designed and evaluated academic provisions with an emphasis on personalised learning within an accelerative and enriched curriculum’.

Strong research evidence supports the strategy of acceleration for gifted learners. A Nation Deceived (2004) remains a seminal work on acceleration, pulling together research from the preceding 50 years to provide a succinct analysis of acceleration. It examines the misconceptions about acceleration through research, examples of effective practice and the real-life stories of learners, noting:

All acceleration requires high academic ability. Standardized test scores and teacher observations provide evidence that a student has mastered the current curriculum and is ready for faster-paced and more complex coursework. But curriculum mastery is the first of many characteristics which should be taken into consideration in deciding if a child is ready for acceleration. Parents and educators will want to think about a child’s motivation, social-emotional maturity, and interests when considering if acceleration is appropriate (p.20).

Hattie’s (2009) synthesis of more than 800 meta-analyses covered 50,000 studies. He presented a league table noting the effect size of the contributions to educational achievement made by the learner, home, teacher, teaching approach, school and curriculum. Acceleration, with an effect size of .88, had the fifth highest contribution to student achievement in a table of 138 factors. This equates to almost two years’ advancement in achievement.

If the learner or their parents do not think acceleration is the right option, then it is unlikely that the acceleration will be successful. 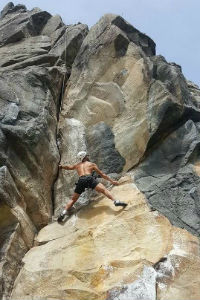 Although acceleration is commonly perceived as full-year advancement, many other forms of programme adaptations come under the umbrella term of acceleration, such as:

Curriculum compacting is underpinned by pre-assessment, as previously mastered curriculum that might otherwise be repetitious is identified and eliminated, giving learners opportunities for enrichment and acceleration. Basic skill mastery is assured, allowing learners to ‘buy out’ time to pursue their individual strengths and interests.

Curriculum compacting is a three-step process:

Curriculum Compacting: A Systematic Procedure for Modifying the Curriculum for Above Average Ability Students

Early entrance allows learners with advanced academic skills across a range of areas to skip a level of their education or to enter intermediate, secondary or tertiary education at an earlier age than usual. All key stakeholders (learners, teachers, parents/whānau) need to be consulted when considering this option. Learners need to be given continued support during this process.

Early entrance requires institutional flexibility to waive entry requirements and possibly assisting parents with costs, timetabling and transportation. If families need financial support for the acceleration, schools may need to consider outside sources of funding, such as scholarships sponsored by business or civic groups.

Whether accelerated learners are full-year accelerants or learners who have simply been accelerated in one subject area, it is important for them to be supported in the challenges involved. If they have been accelerated in a group, the challenges can be mitigated by their shared common experience. Regular meetings are recommended to review progress and identify and resolve any issues as they arise, before they become significant obstacles. Processes for personalised tracking (e.g., a personal portfolio) should be in place. The social and emotional well-being of accelerated learners should be overseen. A personal mentor or academic coach, to liaise with learners and their parents, is recommended.

Full-year acceleration at high school: Parents support the social and emotional challenges of their children

To act or not to act? Academic acceleration worked in the past, so what’s the current hold-up in NZ?

A Nation Deceived: How Schools Hold Back America’s Brightest Students.

Policy and implementation strategies for the education of gifted and talented students, Revised 2004. NSW Department of Education and Training (2004).

Search result for ' ' returned   results. Did you want to Search all of TKI?